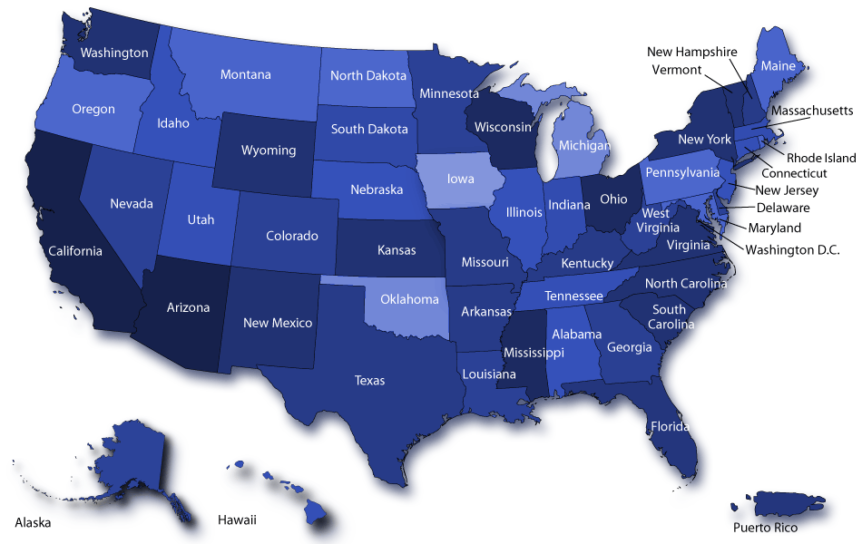 While doing some research for upcoming interviews about our Living Out community, I realized that there is a lot more data out there about our LGBTQ community than ever before. Apparently, we are more interesting than we give ourselves credit for!

So, being a bit of a geek, I just naturally assume you would love to hear some of the things I have found…both old information and news.

For those of you who are purists, DC is not a state so, if you remove it from the list, then Hawaii, Florida and Colorado all tie for 10th place at 4.6%.

What would you guess are the 10 gayest metropolitan cities in the U.S.? They are: San Francisco, St. Petersburg, Washington, DC (they are going to get on this list one way or another!), Portland, Oakland, Minneapolis, Atlanta, Denver, Long Beach, CA, and Seattle.

And what cities boast the highest rate of married LGBTQ couples? Some predictable, some not: San Francisco, Santa Rosa, CA, Seattle, Boston, Portland OR, Miami, Albuquerque, San Diego, New York and Portland, ME.

According to the Williams Institute ( https://williamsinstitute.law.ucla.edu/), the country’s LGBTQ community identifies as 42% male and 58% female, with 29% raising children and 71% not raising children. As for spending power, the Huffington Post ( https://www.huffpost.com/entry/lgbt-buying-power-closer-_b_11149254) places LGBTQ buying power at more than $917 billion.

And here are a few random facts you probably already know:

Q: What does the Q stand for? A: The Q can stand for either Questioning or Queer

Q: What is the significance of the LGBTQ rainbow? A: It is intended to symbolize the full spectrum and diversity of our community.