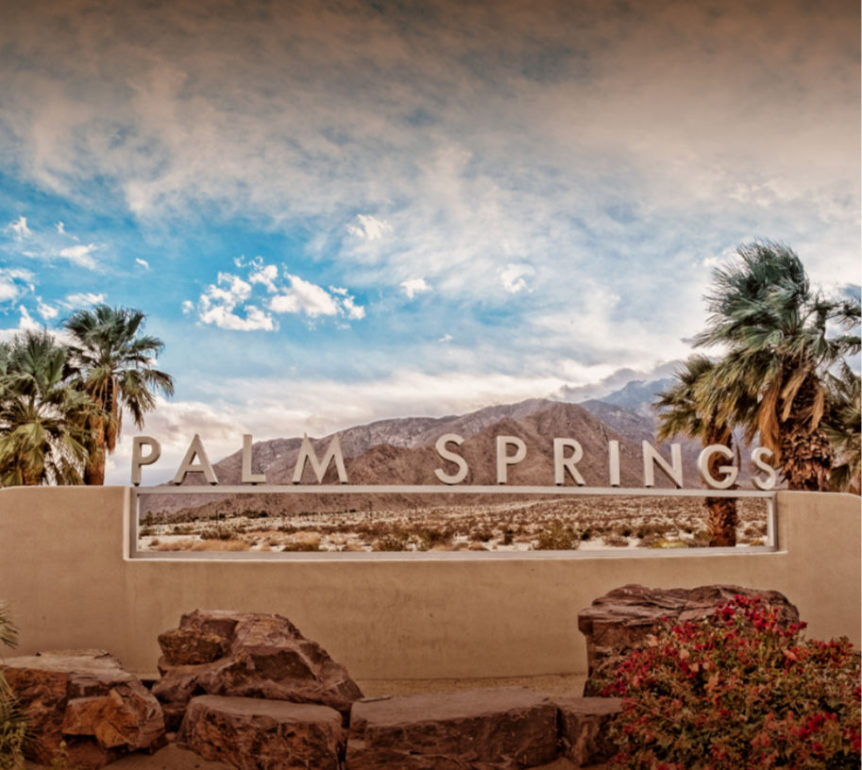 Why has Living Out chosen Palm Springs to be the location of its flagship LGBTQ active senior community? Because Palm Springs is simply the best place to be if you are LGBTQ.  But, you don’t have to take our word for it. As reported by Robert Hopwood of the Palm Springs Desert Sun, AARP Travel Center and Expedia have listed Palm Springs as the World’s best place for LGBTQ seniors to travel to or retire:

It shouldn’t be a surprise to anyone that the former playground of pianist Liberace, actor Rock Hudson and entertainer Tab Hunter is gaining a reputation as a great place where older people from the LGBTQ community can live and feel welcome.

What some may find surprising is that Palm Springs recently was named the world’s best place for LGBTQ seniors to travel to or retire. Other cities on the list, which was created by AARP Travel Center and Expedia, include well-known, gay-friendly places like Provincetown, Mass.; Minneapolis; and New York. “When it comes to Palm Springs, LGBT retirees find themselves turning their favorite vacation spot into their permanent home,” the list’s writer Chloe Mulliner said in an email.

LGBTQ seniors can find a number of resources in Palm Springs that other cities might not have, like the Stonewall Gardens Assisted Living home. Its 24 units can accommodate about 28 to 30 residents.

Another LGBTQ-friendly retirement complex is planned for the northwest corner of Hermosa Drive and Tahquitz Canyon Way, a few blocks east of Indian Canyon Drive. It is still waiting for building permits, but the Palm Springs City Council voted earlier this month to approve several applications and a map associated with the project.

Stonewall Gardens was one of the reasons Mulliner mentioned for why Palm Springs ranked number one on her list. Others included many of the town’s notorious pastimes that have helped turn it into a gay mecca, like its pool parties, drag shows, mid-century shopping and spectacular scenery.

“Palm Springs is a LGBT-friendly city through and through,” Mulliner said. “Not only was it the nation’s first city to elect an all-LGBT city council, but it also has countless gay attractions, accommodations, and resources.”

Palm Springs has received a lot of attention during the past two years for electing an all-LGBT city council in 2017. But the council could lose that status this fall when voters head to the polls and for the first time, vote for city council members by district.

“The City of Palm Springs prides itself on being one of the most welcoming and inclusive cities in the country,” Mayor Robert Moon said in an email. “Whether you are gay, straight, young — or young at heart, it’s a well-known fact there truly is no place else like Palm Springs when it comes to special events that appeal to everyone, year-round sunshine and the relaxed California desert vibe that so many looking for an easier lifestyle crave.”

Palm Springs Mayor Pro Tem Geoff Kors said it was no surprise the city was rated as the top place for LGBT people to visit and retire.

“We appreciate this recognition as a City,” he said in an email. “One of the things that makes Palm Springs such a wonderful place to live and visit is that we welcome — and celebrate — diversity.”

“Palm Springs is the leading example of the kind of community we have fought to create,” Kors continued. “A community where people from different backgrounds and with different life experiences live, work and socialize together.”